It’s that time of year again—a time of cool breezes, brightly colored leaves and getting geared up for the holiday season.  These can be fun and exhilarating,

Unless you suffer from Seasonal Affective Disorder (SAD). 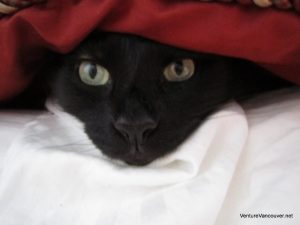 If winter depression weighs you down,

instead of anticipating the coming months

until the daffodils bloom again.

What is Seasonal Affective Disorder?

Everyone has the blues occasionally.  But SAD is a depressive state that occurs, year after year, typically in the fall and winter. With SAD you may feel completely normal all through the spring and summer but as the days become shorter and the temperatures drop in October and November, symptoms such as  extreme fatigue, moodiness, and irritability begin to rear their ugly head..
Because this  cluster of symptoms comes and goes with the seasons, you may wonder if it is all in your head.  It isn’t.  Seasonal Affective Disorder is a legitimate medical condition that can impact your life in a devastating way.

The exact cause of SAD, is still unknown but several factors that have been identified linked to the reduced amount of daylight  during the fall and winter months.

Shorter days and extended periods of darkness in Fall and Winter are thought to interfere with the neurotransmitters serotonin and melatonin. These chemicals help regulate mood and sleep and when levels are disrupted many people experience symptoms of depression such as extreme fatigue, moodiness,  a lack of interest in social interaction and weight gain ( due to powerful carb cravings).

What are the Symptoms of Seasonal Affective Disorder (SAD)?

SAD  often exhibits itself as feelings of sadness or depression.  You may have to drag yourself out of bed in the morning, experience fatigue and drowsiness throughout the day find yourself constantly short tempered, and fall into bed earlier than usual only to repeat it again the next day.

Your inability to concentrate on the task at hand along with a lack of energy can adversely  affect your productivity  both on the job and  at home.  This can lead to frustration when you can’t seem to get things accomplished only deepening the  depression. 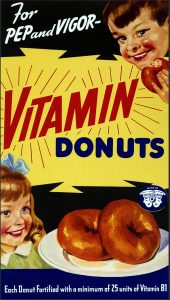 for high carb foods in an attempt to increase energy.

Sufferers, in turn, may gain between 9 and 30 pounds

over the course of the winter season.

And if  that’s not enough your social life may also suffer.  When you are depressed, being around others may seem like a chore  causing you to withdraw socially. This can make the despair and isolation even worse.

There are several treatment options as well as lifestyle modifications that are successful in the treatment of SAD. You may find relief trying one or more of the following:

Up to 70% of Americans don’t get enough Vitamin D particularly during the winter months.

Where does nutrition factor in?

We’ve covered the importance Of Vitamin D In the fight against SAD, and sunlight is not the only way to get Vitamin D.

Algae as well as fatty fish like salmon, rainbow trout, tuna and sardines are some of the best food sources of Vitamin D along with fortified milk and yolks from eggs (click here for another reason to eat the whole egg)

Many studies have been done noting the effects of Vitamin D supplementation on SAD. And experts conclude that addressing Vitamin D Deficiency may be a simple and inexpensive way to improve symptoms of depression.

Given the role that lack of sunlight can play in causing Seasonal Affective Disorder, It seems safe to assume that SAD would affect much of the population in areas where daylight is at a premium during several months of the year. Surprisingly this is not the case. Icelandic people who are exposed to as little as just over 4 hours of daylight per day in winter months show a low incidence of SAD symptoms. Research suggests the critical difference  is diet related, and in fact those who consume more Omega 3 fatty acids, found in Coldwater fish, are much less likely to suffer from depressive symptoms and particularly SAD.

What are Omega 3 Fatty Acids and why do I need them?

Omega 3’s are essential fatty acids- So named essential because our bodies cannot make them, we must get them from food or supplements. Essential fatty acids are crucial for our health and wellbeing. Specifically, Omega 3’s are proven to help lower triglycerides, relieve joint stiffness and pain  in rheumatoid arthritis, reduce inflammation and lower blood pressure, improve eye health and the list goes on.

There are 2 main types omega 3’s;   the Long Chain Fatty acids EPA, DHA, ,  Eicosapentaenoic  (EPA) and Docosahexaenoic acid (DHA) come from algae plus fish sources such as salmon, tuna, sardines, herring anchovies, mackerel among others.  and Short Chain Fatty Acids  ALA  or alpha-linolenic acid. ALA comes from plant sources such as flaxseed, walnuts,  hemp and chia seeds. However, ALA must be converted to DHA and EPA before it can be utilized  ,and  because if the inefficiency of the conversion process, in the end,  only  5 to 15 percent  of ALA we consume is actually available to the body.

How are Omega 3′ Fatty Acids involved?

Researchers from the Journal of Clinical Psychiatry found Omega 3 to be as effective in treating depression as comparable antidepressants, This according to the largest study ever conducted measuring the success of treating major depression with Omega

The overwhelming fatigue that accompanies SAD may  tempt you to reach for coffee for a the quick boost of energy the caffeine provides, but this can backfire as the caffeine will suppress serotonin. If you need a midday  pick-me-up try drinking tea. With less caffeine than coffee it has just enough  to increase alertness.  And the amino acid Theanine in tea works in conjunction with the caffeine to improve your ability to focus.

Those affected by SAD can experience powerful carbohydrate cravings that are hard to ignore. One reason for the carb cravings is traced to the decrease in serotonin levels.

Carbohydrates can increase the production of this feel good chemical.  So, including smart carb choices in your diet can help relieve SAD symptoms but be mindful of what carbs you chose.  Simple carbs such as high sugar treats as well as high glycemic carbs such as white rice and white bread will cause a spike in insulin followed by a crash leading to lethargy, irritability and a pounding head. And these will no doubt adversely affect your mood even more. Instead, reach for carbohydrates with low fat like popcorn and pretzels. One serving of approximately 120 calories is enough to raise serotonin levels. A word of caution, both  protein and caffeine can interfere with serotonin production so when snacking to boost serotonin keep protein to a minimum and drink your coffee outside of your meal /snack times

During the evening is when SAD symptoms are at their worst, so make sure your evening meal contains fiber filled, mood regulating carbs such as fruits, vegetables whole grains and legumes. This may even help you keep the cookie monster at bay when you are most vulnerable to overindulging. 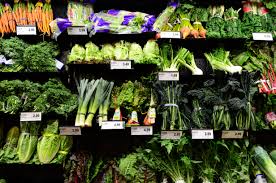 Folate, (or vitamin B9) found in dark leafy greens and vegetables like spinach, arugula, asparagus, Brussel sprouts and avocado  as well as sunflower seeds, oats, lentils and beans can also help alleviate depression by raising levels of serotonin, norepinephrine and dopamine, neurotransmitters critical in regulating mood and behavior.

As you can see there are many options to treat Seasonal Affective Disorder.  If you are beginning to feel depressed with the shorter days, it is not  ‘all in your head’ and you are not alone! Try experimenting with a few mentioned here and, in particular, start exercising! This can help carry you through until the days start getting longer and you feel more like yourself again!

Need help with the Exercise or Nutrition part if the equation? Call today for a complimentary  strategy session to map out a nutrition and exercise plan that will  help you kick Seasonal Affective Disorder to the curb.